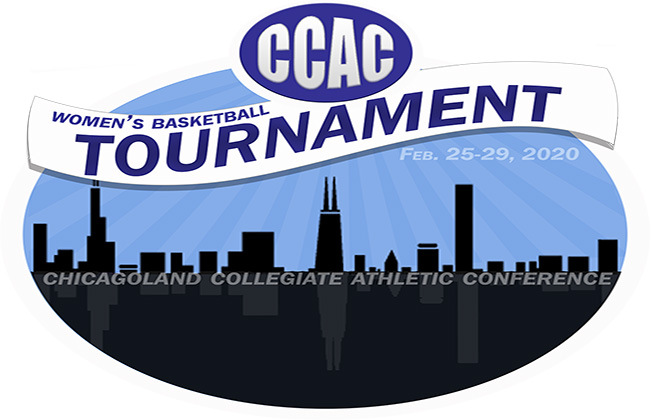 CHICAGO — Saint Xavier University went through the women’s basketball regular season undefeated in Chicagoland Collegiate Athletic Conference play going 22-0.  Now, the question becomes, can the Cougars make it three more in a row and match up their regular-season title plaque with a conference tournament plaque?  The answer will come in less than one week with the eight-team, single-elimination league tournament starting Tuesday and running through Saturday.

Winners of 16 straight games and boasting an overall 27-3 mark as well as a No. 6 billing in the nation, Saint Xavier is no doubt the team to beat in the 2020 CCAC Tournament.  Seven other squads have other thoughts, including No. 2 seed and No. 8 nationally-ranked University of St. Francis (25-5).  The Saints are chomping at the bit for another shot at the Cougars after falling 57-55 to Saint Xavier this past Wednesday on a last-second basket, which wound up determining the regular-season conference championship.

Two other nationally-ranked teams – No. 23 Olivet Nazarene (22-8) and Indiana University South Bend (24-6, among others receiving votes) – also have their thoughts set on a trip to the NAIA National Tournament by winning the league tournament.  Olivet Nazarene comes in as the No. 3 seed in the field, while Indiana South Bend mans the No. 4 spot.

First-round matchups have Governors State facing Saint Xavier and St. Ambrose heading to Indiana South Bend on one side of the bracket.  The other side has St. Francis hosting Trinity International and Olivet Nazarene doing the same with Robert Morris Illinois.

Thursday’s schedule has the St. Ambrose-Indiana South Bend winner facing the winner of Governors State-Saint Xavier and the Robert Morris Illinois-Olivet Nazarene winner matching up against the St. Francis-Trinity International winner.  All games on Thursday will also have the higher seed hosting.

The tournament will conclude with the championship game on Saturday at the site of the highest remaining seed.

Unlike years past where the conference held two bids to the NAIA National Tournament, this year the allotment is three due to the fact that the league is now made up of 15 teams.  Thus, there is one bid for every five teams.